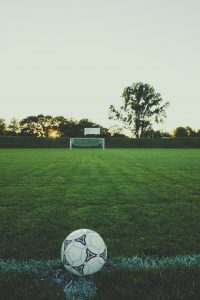 On a rather cold and foggy morning, 23 September 1961, we were berthing at Thameshaven oil refinery I was a humble deck apprentice on the Shell tanker Hyala at the time.
Finished with Engines (FWE) was just rung on the telegraph when an SOS triggered the Auto Alarm. This sent the Radio Officer sprinting to the radio room to check.
For those who like to know the auto alarm is radio equipment that alarms when a Morse code SOS (…—…) is received. Back then it was another time in terms of communications. No satellites or GPS in those days.
It was all Morse code and a bit of VHF. So, the auto alarm kept ‘watch’ for any SOS when the Radio Officer was off duty.

Collision In The Channel
The reason for the alarm was genuine.
Two ships, the Crystal Jewel and the British Aviator had just collided in the English Channel.
The consequences were significant but maybe more of that another time.

What Is An SOS
I would like to pick up on the SOS portion.
For many, this is interpreted as ‘Save Our Souls’ or Save Our Ship’.
However, it eventuated from international agreement around 1906.
It is used because it is an easily keyed, distinguishable sequence of dots and dashes.
Always sent as a single string, not as three separate letters.

Shiny Object Syndrome
Probably the best way to describe it is you are forever being distracted and chasing something new.
Instead of staying focused on the one task or objective, you get distracted by new software, a new idea or an alternative resource.
In the Make Money Online (MMO) niche it is usually some newly released software product that promises ‘real’ success.
So, the current course of action is dropped and a new one is started – which seems great for a while.
Then the cycle is repeated. The next ‘Shiny Object’ is discovered and the end goal is never achieved.

SOS – Not A Medical Condition
While SOS is not a medically diagnosable complaint some characteristics stand out.

– You frequently purchase new online courses as the next great money-making solution.
– You jump from goal to goal without completing the first.
– You have a list of great ideas but never bring any to fruition.
– An abundance of half-finished sites and projects that have been left
– A collection of themes, plugins, and tools that are never used.

This list could go on, but you will get the idea.

The Core Issues
At the core, there are only two issues – distraction and lack of focus.

Indicators include
– Never getting things done
– A constant need to learn from the start when each new object is introduced.
– Skills remain at or around the ‘basic’ level rather than growing to ‘expert’
– Never devoting enough time to the one thing to become ‘expert’
– You will have heard the phrase Jack of all Trades but Master of None.

Focus is the Key
A key weapon in defeating Shiny Object Syndrome is to develop a means of maintaining focus.
Tucked away in a recent John Thornhill webinar presentation there was a specific reference to staying focused.
And this reminded me of an acronym for FOCUS – Follow One Course Until Successful
Without a doubt failing to maintain focus is the number one reason for online failure.

You Need a Route Map to Follow
John Thornhill has a course that will provide you with an exact map to follow.
John’s training has been running for a good few years now and has produced several six-figure entrepreneurs.

It has recently been updated to a 60-day course which really keeps you focused.
To find out more Click Here.

Finally, I recently made a blog post titled ‘In Search of Excellence‘ which you should check out too.
It refers to a key business success characteristic called ‘Stick to the Knitting’

PS Not everyone wants to commit to a total product build.
Private Label Rights material (PLR) offers a viable alternative to creating your own material.
You can find some Top-class PLR material Here
Footnote:
Thameshaven refinery is long gone now. At the time it was a busy place.
The Hyala was on a 6-month coasting run between Thameshaven and Stanlow Refinery.
Stanlow is adjacent to Ellesmere Port and was reached via the Manchester Ship Canal.