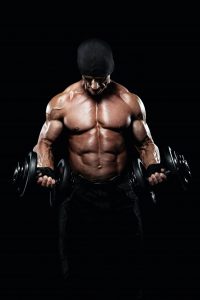 which are used to collect names and email addresses. Next, you must subscribe to an autoresponder and spend a ton of time setting it up. You need these things to attract attention and then to capture the traffic you are driving to your site.

The problem is this process can be a very frustrating cycle to be stuck in… especially when you’re just starting out.

Additionally, it can be an expensive process, particularly if you are paying someone to build the squeeze pages and set up the autoresponder.

You aren’t alone. Marketers just like you all around the globe are struggling to build their lists (and ultimately their businesses) with old and outdated processes and tools. Many of these processes and tools haven’t worked in years. (I suspect that you have a few of these outdated programs and applications on your hard drive right now.)

Out With the Old!

The traditional “squeeze page process” is deader than the zombies in Night of the Living Dead. If you use one of these traditional processes, you’ll spend the next 20 years plugging away to make real money from your tiny list. Not to mention the fact that lists have a shelf life; they don’t last forever. After a few months, whatever you’ve got is pretty much worthless, which forces you to spend more time and money building a fresh list. It is a vicious cycle; one that you need to end.

The Good News and the Bad News

Internet Marketing has the power to turn common people into millionaires. In fact, it has done it many times over. Something many people fail to realize is that it requires a lot of time, dedication, and discipline. Success doesn’t just come overnight. Many people will pick up a few subscribers on their list each month, only to encounter that FEAST OR FAMINE STRESS CYCLE. (Unfortunately, it’s often more famine than feasting!)

If you want to get consistent results in today’s Internet marketing space, then you’ll need to shift the way you think (and work). Sit back for a moment and think about the old days before the Internet and smartphones when people actually had to talk to one another (novel concept, isn’t it?). Information spread from Sally to Susan to Tony to John… all through word of mouth. If there was a big event going on this Saturday night, everyone knew where it was because everyone was talking about it! People shared the good news, and sometimes the bad news, to other people, driving the “traffic.” You’ll want to tap into this power.

But I Thought You Said Squeeze Pages Were Dead

As I said earlier, the traditional process for spreading information and driving traffic is dead, BUT squeeze pages themselves aren’t. When times change, you must adapt. First, you must update your systems and tools, so they fit the current requirements and trends. Then, you need to find a way to inject a profit-boosting shot of adrenalin so your page can get back in the fight and win.

You must shift your paradigm if you wish to succeed. Doing things the way you always did them can be the kiss of death. You must look for new and innovative ways to create the buzz and maintain it. There is a fairly new concept called viral traffic, which accomplishes this.

The modern squeeze page focuses on creating VIRAL traffic to your site or offer. Viral traffic is traffic that pretty much grows itself because people are spreading the word about your site or offer to their friends, who in turn, tell their other friends, and so on. It is a snowball effect! By creating viral traffic, you’ll build a responsive list that grows fast and makes you money every time you send an email. It’s your ability to create viral traffic that will determine your squeeze’s success in today’s marketing environment.

When properly applied and executed, viral traffic systems can create a six- or even seven-figure business. However, remember that they work only as part of a larger strategy. You’ll need to reinforce your viral squeeze page with a solid series of funnels. You must build squeeze funnels, lead funnels, sales funnels, engagement funnels, trust funnels, and follow up funnels. WOW! That is a LOT of funnels! This requires some planning to make it all work. By planning how you intend to collect your prospects and convert them into buyers, you’ll be able to establish your own business, potentially earning $396,126.01 in commissions alone.

Announcing Buzzinar; the Answer to Your Problems

Creating a viral traffic system requires a “share gate.” A share gate is a piece of software, like the Buzzinar WordPress plugin, which convinces people to share a page in exchange for a free gift. The free gift is only revealed and delivered to them after they’ve shared your page. With the share gate, the entire process of pulling in fresh leads is done on autopilot.

Buzzinar is a time-proven process and software for generating viral traffic on autopilot. With Buzzinar, you will be able to quickly build a HUGE and profitable list. Buzzinar allows you to create lead funnels that use a simple, yet powerful plugin to attract prospects. Once set up, Buzzinar requires very little traffic or maintenance because it’s a self-perpetuating funnel system.

More Than Just a Plugin

Buzzinar is more than just a WordPress plugin; it’s also a complete training system. It comes with a comprehensive eBook and audio course. Many users prefer to watch the video training that shows them exactly how to use Buzzinar to create viral traffic, but others prefer to read about the process. This training will show you how to create buzz for your page, how to setup the squeeze, how to persuade your list, and how to generate income on autopilot. This training, combined with the Buzzinar app, will create the viral traffic effect on demand. It doesn’t get better than that.

Taking it to the Next Step

Although Buzzinar users have everything they need to begin generating viral traffic on day 1, once the traffic starts coming in, you need a funnel to monetize the leads. That’s where Funnel Boss comes in. Funnel Boss is a training system on funnels, and it has a complete set of funnels that you can use to monetize viral traffic. BONUS!!! each month a new set of funnels is deployed, allowing you to pursue new avenues of income consistently.

To Sum it All Up

The right share gate, combined with a solid funnel, will lead to more traffic and a rapidly growing list. Make sure you have the right system and software so you can generate your own viral traffic on autopilot.

Here is what I use and recommend:
AWeber
Learn about list building with AWeber in this uber-affordable video training course.
Buzzinar
Trello