We all have a story to tell.

I am sure we have all experienced being let down by people in life. Sadly, this is the case in all walks of life, but those of us who have worked online know there are people out there who seek to exploit others. 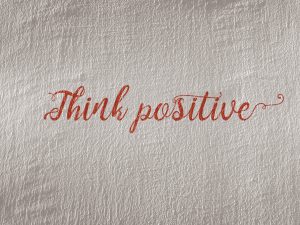 There is a wonderful book that I have been reading. It was written many years ago, but it remains relevant in these difficult times. The book is called The Power of Positive Thinking and it was written by Norman Peale. It is an international best-seller written by an author described as the father of positive thinking.

It is so widely known that it has become part of the English Language. If somebody you know feels down and out and thinks that he just cannot do anything right, what you say to him is: “Try the Power of Positive Thinking” or you might say, “Read Norman Vincent Peale.” Here is what President Bill Clinton said upon hearing of the death of Norman Vincent Peale: The name of Dr. Norman Vincent Peale will forever be associated with the wondrously American values of optimism and service. Dr. Peale was an optimist who believed that, whatever the antagonisms and complexities of modern life brought us, anyone could prevail by approaching life with a simple sense of faith.

And he served us by instilling that optimism in every Christian and every other person who came in contact with his writings or his hopeful soul. In a productive and giving life that spanned the 20th century, Dr Peale lifted the spirits of millions and millions of people who were nourished and sustained by his example, his teaching, and his giving.

While the Clinton family and all Americans mourn his loss, there is some poetry in his passing on a day when the world celebrates the birth of Christ, an idea that was central to Dr Peale”.

For several years I have suffered depression. This made life very difficult. The depression followed several events that knocked me to the ground. The main event was being defrauded by a lawyer. In about 2017 this lawyer was sentenced to a term of 6 years imprisonment for defrauding other clients. I lost money also, but I was not able to recover any of it. Another more recent event was being let down by a marketer who promised to coach me and who has not paid me commissions earned by me.

I know I am not the only one to lose money in this way.

At the end of the day, however, we have two choices- (1) to continue to feel angry about events, or (2) to adopt a positive approach to life. The first choice is in effect a choice to do nothing to improve your situation. As John Thornhill points out, Gandhi covered that option: “you may never know what results come of your action, but if you do nothing there will be no result”.

The second choice is to carry on and learn additional skills. Reflecting on The Power of Positive Thinking led me to make the second choice. And the example of James Neville-Taylor in speaking out about how he overcame his mental health problems has inspired me to speak openly about my story also.

That is why I am determined to make a success of internet marketing and I am following a coaching course with John Thornhill and learning from James also. If you are prepared to help yourself, and if you want to learn better ways to help more people, and get results faster, and if you are prepared to invest time and money to learn this, then get on John’s coaching program that he’s currently offering for ONE DOLLAR, and let him show you how to truly succeed online.

For more information, go to this link now – www.yourwealth1.com