Steve Jobs co-founded Apple Computers with Steve Wozniak. Under Jobs’ guidance, the company pioneered a series of revolutionary technologies, including the iPhone and iPad. 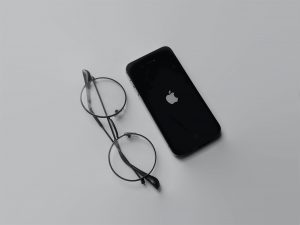 Steven Paul Jobs was an American inventor, designer and entrepreneur who was the co-founder, chief executive and chairman of Apple Computer.

Apple’s revolutionary products, which include the iPod, iPhone and iPad, are now seen as dictating the evolution of modern technology.

He was given up for adoption at birth. He was reluctantly given, to his working-class adopted parents only after they promised his mother they would make sure he got a College education. Jobs was smart but directionless, dropping out of college (he never graduated from college) and experimenting with different pursuits before co-founding Apple in 1976.

Jobs left the company in 1985, launching Pixar Animation Studios, then returned to Apple more than a decade later.

Steve Jobs said, “I’m convinced that about half of what separates the successful entrepreneurs (that will make all the difference in your life) from the non-successful ones is pure perseverance.”

Steve Jobs had extremely high expectations. He challenged himself — and the people around him –  to work smarter, work longer, and work harder so he, and they, could accomplish everything they dreamed possible.

Jobs believed in the power of asking. He needs someone who has done it successfully to guide and encourage us along the way.

Jobs believed the future was something he can all make our mark upon.

Maybe even more important, Steve Jobs believed in the fundamental power of belief itself — and of using that belief to motivate and inspire.

As Jobs said: Getting publicly kicked out of Apple -the company he started, was devastating and extremely scary at the time but it turned out to be the best thing that ever happened to him. He used the time to work on something he loves, something he was passionate about Computers.

He started building a business, Next, which was later bought by Apple.

It is a situation a lot of us can identify with at the moment. The majority of us have lost our job through no fault of our own.

Nothing we have done wrong..:(

We are furloughed, laid off or the job no longer exists.

Sometimes, life hit you in the head with a brick but don’t give up, persevere.

You can’t connect the dots looking forward; you can only connect them looking backward.

You have to trust in something — your gut, destiny, life, karma, whatever deity you call it.

So, you have to trust that the dots will somehow connect in your future and align with your vision.

The belief that the dots will connect gives you the confidence to follow your heart even when it leads you off the well-worn path.

Following your heart, your gut, and your belief will make all the difference in achieving your vision and lead to great accomplishments.

One of the biggest reasons most of us don’t set out to achieve a huge goal is that we think we first need to develop a comprehensively detailed grand plan,  one where every step is charted, every milestone identified — where success is pre-ordained.

Creating that kind of plan is basically impossible – so you hesitate. You do nothing. Thinking you need to see an end before there a beginning.

Jobs knew that plans are never perfect. Only in hindsight can they appear that way.

Here’s what really happens. People who eventually find success start by trying things. Lots of things. They succeed at some.

They fail at others. They learn from those successes and failures.

Along the way, they seize and at times even create their own opportunities to advance themselves.

Most important, trust in your ability, your resilience, and your aptitude to be flexible and rise up to meet life’s challenges.

Try enough things, learn from every success, and every setback, and in time you will have all the skills, knowledge,  and experience you need.

You can never guarantee that you will always succeed, but when you are using John’s Automated Sales System your chances of success are greatly improved.

However, if you never bet on yourself and try something new, you can definitely guarantee that you will never succeed.

In the meantime, your life will be a lot more interesting.

PLUS LIFE WILL BE A LOT MORE FUN.