Have you ever wondered what it would be like to be Jeff Bezos when he started Amazon? 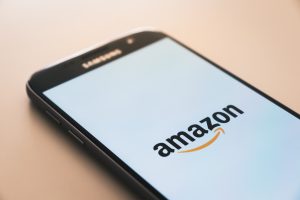 We get together every couple of weeks to play golf and try to forget about all the crap that’s going on in our lives.  This past weekend we hooked up to play a round of golf.

While we were enjoying the day. It was perfect 80 degrees, a slight breeze, and the sun was shining. Just the way we like.

Well, we got to talking about things and one thing led to another and my buddy told me that his canvas business was sucking the life out of him.  He looked at me and asked; what does Jeff Bezos have that I don’t?

Besides the obvious…  wealth and all the goes with it.

Bezos started with nothing more than an idea. He didn’t have the money to fund it, he just knew he had a winning idea.   He and his wife drove across the country, his wife doing most of the driving while Jeff was on the phone trying to secure financial backing from people with deep pockets.

The rest is history…  My friend, on the other hand, took out a loan and bought the business from his customer.  You see, when he decided to buy the canvas business he had what he thought was a great idea. he thought it would be life-changing.

It was… just not the way he had pictured it.

When he was growing up, his family owned a canvas business in the town where they lived and he worked the business until he left for college.

Being on his own controlling his own destiny was his dream, but after a few years, he realized he had traded one job for another.  The worst part is he had to carry the load for the entire company.  He had to meet payroll for his employees, take sales calls, balance the books, he was even doing some of the installations of awnings, boat covers, and everything else.

You get the idea.  Most months he wasn’t even able to pay himself.  I could tell he was really struggling.

He didn’t normally share this kind of stuff, especially when we’re on the golf course.

Life can throw a lot of twists and turns at you. You go through good times and bad.  Ups and downs.  It’s these challenges that can really set you back.

There is no knowing what to expect when you are working for a company or owning your own brick and mortar business like so many others.

It made me think that it would be nice to have your own business but didn’t have a storefront or employees.

That’s what got me started looking for an alternative for making a living.  If you are like most people, you want to know you have a way to support your family, provide for them without having to sacrifice your entire life at a job you don’t enjoy.

Well, that’s the way I see it too.

There are a million different ways to make money, but most of them require you to work for someone else or have to serve the public in some way.

With all of them, you are beholding to someone else.

That’s the lure of online marketing. Believe there are thousands of ways to make a livin’ online too.

Then entry cost is small, and the potential is high.   You can build a product, create a plug-in or software, do coaching, and more, but you need a way to get started that doesn’t require you to give up your job until you have to.

What’s great is you can get started for a few bucks and an hour or two of work.

All you need to do is;
Create a landing page where you can capture visitor’s names and email addresses by offering them a free giveaway (bribe).  Choose a product to promote and  send people to your landing page to get the free giveaway.

Then you just continue to email them until they buy something and then sell them something else.

You don’t even have to create the giveaway if you don’t want.

In a nutshell, that’s all there is to it.

If any of what I have said makes sense to you, then you need to take a look at this.