Hi there and thanks for popping by,  and I do hope you enjoy this short tale…

If Nothing Else, You’ll at least have a story to pass on to those you care about. (But hey, You might also benefit Yourself. So please read on.)

I’m sure, like most people, you pass on lots of ‘Advice & Wisdom’ handed down to you from previous generations? Well there’s one piece of advice my Father always told me when I was growing up, That seems to apply EVEN MORE TODAY!

He Once sat me down as I prepared for adulthood and told me the following story.

“Once Upon A Time, There lived a very wise and benevolent King, and as he went through life trying to pass his wisdom on to all the people of his realm it dawned on him that he couldn’t speak to them all individually. So he gathered around him a team of the most educated and experienced teachers from all walks of life and set a task upon them. “I wish to pass on the wisdom of the ages to all my subjects,” He told them, “Go forth and write down what my people need to know about life” was his instruction. After Twelve years they presented before the King a 50 volume encyclopedia ‘The Wisdom Of The Ages’ 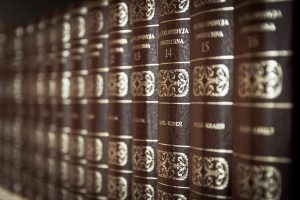 The King was impressed as he studied its contents… BUT “This is a great work indeed” he stated “However – some of my people would never find room for such a massive volume of works, Take it away and condense it” He commanded “So all may have the wisdom regardless of where they dwell!” 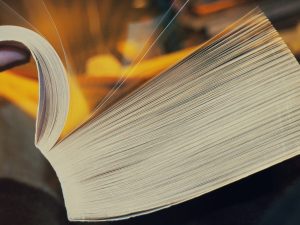 Again the King was impressed and most pleased – But again he sat and thinking for a moment said to his team, “You’ve done a fine job and this is truly a great work, However – what of those subjects who are too weak or too poor to carry or own such a heavy book?” Looking up he again praised them but added “I believe we are getting there – and with more effort we truly will have something that will teach all, The Wisdom Of The Ages” Once again he sent them off to further condense the material.

After Four more years, they stood before the King, This time they were taking no chances… “Your Majesty we believe we have what you really want your people to know, and now it is condensed to but a chapter of text” 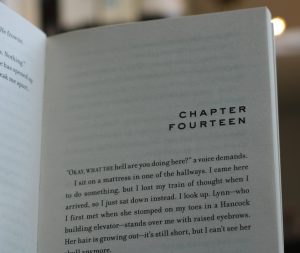 The King, now beginning to age himself, took out his reading glasses, and having read the chapter of text, once again looked towards his advisors and spoke… “I am amazed and thrilled with what you have accomplished, Here you have given me something which any of my subjects could carry with them, and it truly does reflect ‘The Wisdom Of The Ages’ ” The team smiled, until one of them saw the King appear to be in deep thought, nudging the others – they all paused as the King once again looked toward them and said ….

“I am so impressed by what you have accomplished over the years – that I’m sure given more time, Even this chapter could be further condensed….. That even those subjects who cannot read May Know – The Wisdom Of The Ages. Before I die I should be most proud if together we could achieve this!”

Finally One year later, they returned to the King one last time. Handing him naught but a small note whilst bowing down before him.

The King looked at the note, and throwing aside his cane he threw his hands into the air and praised the heavens… “Hallelujah” He cried… He then ordered his treasurer to grant all of the advisors a bonus of Ten Years’ salary… “This is the most remarkable thing anyone has ever accomplished – it Truly is ‘The Wisdom Of The Ages’, and what’s more every subject in my kingdom will be able to remember this whether they can read or not, I am the happiest I could be… Thank you for making this possible, your efforts will be a blessing upon my people for centuries to come!”

And here the story ends, my father said. “And would you like to know what was written on that note”, My father asked?

“There Ain’t No Such Thing As A Free Lunch!” 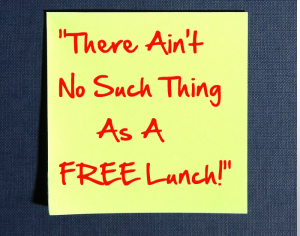 Can you relate to that story?… I know I’ve held that belief to be true all of my adult life.

In this day and age the same rules and advice still seem to apply.

And yet, after considering the King’s Advice, and wanting to create something that ALL PEOPLE can use to improve their lot in life… It inspired me to share something that I hope will be as CLOSE to a Free Lunch as we can get!

Something for People like You and Me who have to work for what we get, but do not have the time to study year after year like a philosopher at the king’s court, of a highly paid exec of a multi-national company. 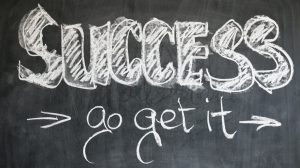 And quite honestly, there is an offer at the end of the training, Take the offer or ignore it, Your choice. But do watch the training if you are considering an adventure in making money online 🙂