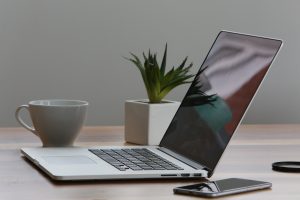 OK, so this post is on John’s blog, so you would expect it to say nice things about his program. But, believe me, it is a completely independent view, from someone who has had his fingers severely burned many times before. And, he’s not paying me to publish this post. So honestly, it’s not biased. Being a very “experienced” purchaser of shiny objects in the past, there is one vital ingredient that sets John apart from “all” of the rest.

You can read all of the manuals; buy all of the courses and software products you want but there is one essential ingredient missing. Direct facetime with the creator. Believe me, it’s vitally important. To be fair, many of the products I’ve purchased in the past have actually been good products. They make sense. And had I really persevered (the endless trial and error bit) I think I could have made them work – eventually. But what happens when you get stuck? That’s when you need to pick up the phone, or send in an email, to the product creator themselves.

This is exactly what you can do with John’s Partnership to Success Program. And, it makes all the difference! Literally! He (like all the others, to be fair) has stumbled into the exact same problems as you – the problems that aren’t featured in the manuals and courses. And he’s the best person to know how to get you out (because that’s exactly what he had to do himself).

The difference is, you can talk to him directly. Many marketers of shiny products actually know what they’re talking about (for the most part) because they’ve managed to sell their shiny product to you – so they do know how to sell online. But with the others, you don’t get that one-to-one interaction you so vitally need. So, what were the key parts of the package John was offering in my view?

Well (like others admittedly) he’s made a few million online, so he knows what he’s doing. He’s bang-on with his product creation-based program (he’s a great teacher). And, most important of all, he’s right there to speak to you, holding your hand, as you go. As a result, he’s created a number of very successful students. Also, there were a few other differences, very noticeable for me, when first enquiring about his flagship programs when I raised a support ticket, I was surprised that John answered himself (rather than being palmed off with a 3rd party support agent);

I was also very surprised he was willing to share his private email address (even before I had got involved);

He was very responsive;

In addition, when I went through 15 short emails to get set up with bits of necessary technology to get started in one of his programs, everything worked, just as he instructed it, straight out of the box (I can count, on multiple hands, how many times I’ve had to revert to a support desk to ask why something, that is supposed to work, wasn’t working when setting up other products) He’s a genius at creating marketing programs that really help people like me get going (with the minimum, but obviously some, effort). His Ambassador program is an absolute gem (you’ll be introduced to this in time when you click on the link below)

And last, but not least, he’s just a really decent, approachable, guy

To learn more, watch the initial webinar training (watch when you want, not at some awkward time). It’s completely free.

By the way, I’m not creating my own products yet. I’m promoting John’s – it’s a good way to get your feet wet (with good results). But ultimately, doing both is the desired place to be in the longer term.