WHAT THE CORONA VIRUS IS GOING TO TEACH US MOVING FORWARD AND WHY IT SO IMPORTANT TODAY! 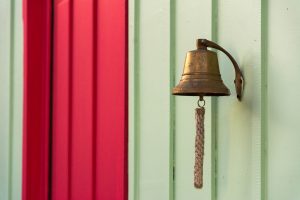 What we are faced with in this current climate and what it REALLY means now to go online.

It’s now more necessary than ever to re-evaluate our lives going forward, especially as we’re being challenged with what we could refer to as ‘The New Plague’ in these modern times.

So, could the Corona Virus actually save you and your business?

Or… if you haven’t yet started or even considered an online business, are you now NEEDING to get on board?

And, if so, where will you start and how?

Please read on and I’ll explain where I am going with this……….

ARE YOU STRUGGLING TO GET GOING WITH YOUR BUSINESS IDEA?

ARE YOU STRUGGLING TO EVEN GET AN IDEA?

HAVE YOU EVEN STARTED BUT COME TO A GRINDING HALT?

DO YOU FEEL LIKE GIVING UP OR DO YOU JUST NEED THAT PUSH IN THE RIGHT DIRECTION?

I found this old story today, I wanted to share this small piece with you, it says:
“There is a widespread notion that ‘saved by the bell’ originated as an expression that relates to people being buried alive. The idea was that, if someone were comatose and mistakenly pronounced dead and interred, they could, if they later revived, ring a bell that was attached to the coffin and be saved. The idea is certainly plausible as the fear of being buried alive was and is real.”

This was a piece from a site online that tells you where certain phrases we use today actually come.

It’s ironic really because it states a real and valid point for anyone out there that wants to get started and succeed online but feel like they will get buried alive unless someone is there to save them.

The above phrase was around the time of the great plague which claimed thousands of lives. And it doesn’t matter how old you are today, your experience, your background race or gender, the story is the same for everyone…

Do YOU need to ‘ring the bell’ in order to tell the world that you are awake now?

What wasn’t mentioned in the small snippet above was that the bell idea was only introduced after the gravediggers were finding scratches in the coffins of the deceased. It turns out that they were scratching frantically to get out for air after waking up from their coma.

But, the gravediggers had no way to tell among all the comatose bodies that were buried under the ground!

So, they decided to attached strings with a bell on the end to every coffin, the idea being that when someone came out of their coma that they would see the string and ‘out of blind panic’ would start to pull on it. This would then ‘ring the bell’.

The diggers could then follow the string being frantically pulled(Kind of like a fishing reel when a catch bites on the hook)and start digging up the coffin and release the ‘victim’.
And just to point out one important detail from this… That those who didn’t pull the string and instead started scratching away got left to their fate!!

The above is actually a true story except there is no actual evidence that the life saving ‘bell’ system was ever used even though it was an ‘idea’. And of course, there’s also the more recent and popular meaning of the phrase which relates to a boxer in a bout who’s close to defeat in around but is just saved from defeat from the ‘bell’.

Wherever the phrase really stems from isn’t nearly as important as what it signifies for us today, and either way, it does seem to relate to how things are today for all of us in the ‘online world’ who are already feeling defeat, or, feel like the opponent is already too big to even start fighting.

So now in this current climate, with the uncertainty of the pending ‘plague’ and other ‘opponents’ that pose a challenge, it couldn’t be even more important to ask yourself these questions?

Do you currently feel like one of the living dead?

Are you feeling left behind?

What if you are new to all this? Do you need to know how and where to begin?

How are you going to get through today’s uncertainty, where the ‘virus’ seems very real and your ‘opponent’ feels impossible to defeat?

It certainly begs the question… How long will it last and how bad will it get?

So now we’re being forced to work from home more than ever before, but as the number of us takes to our computer screens what should we do?

Our income, our commitments, our responsibilities, our family and friends, our lives!

But HOW and WHEN I hear you ask?

Well, I can answer these questions…

You just need a plan, a guiding hand, away from the noise and overwhelm that affects so many online these days…

A SOLID PLAN and the help and assistance that can give you just that very thing!

Let me ask you this:
If I give you the string, will you ring ‘The Bell’?
And now you’ve had a ‘wake up call’do you want to continue to keep suffocating?

You now have the bell, you just have to ring it.

Your help is here! Take a sneak peek!

My name is Darren, thank you for reading my post.