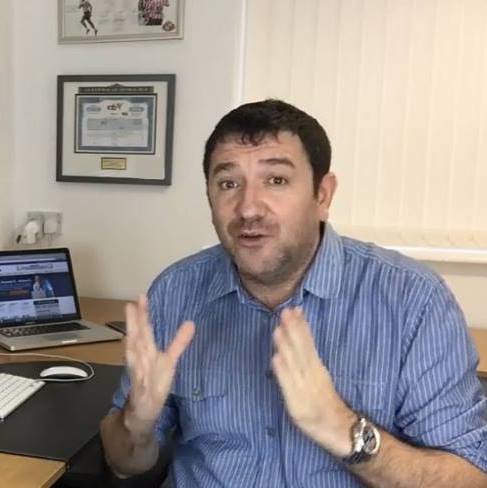 It’s time to get personal John,

I think throughout my life I’ve never been one to conform. Politics bores the life out of me and in the complex where my office is situated most people are dressed in suits and I often get puzzled looks when I turn up at about 10am in scruffy jeans and a T-Shirt, I then get even more puzzled looks when I leave about 4 hours later when their day still has 3-4 hours to go.

I believe the way I operate now has a lot to do with my upbringing.

I was brought up by my amazing mother single handedly and she worked every hour she could to make ends meet. Even though she worked long hours there was hardly any money around and I actually started working on a fairground when I was twelve and worked full time throughout the summer holidays while my friends were out having fun doing ‘regular stuff’. I quickly realised the value of working for money and come September when the season ended I hated going back to school.

Because of this my education years were a bit of a disaster and I rebelled against a lot of my teachers.

However, I conformed for a few years and ended up getting a regular job in car plant. A job I detested. I was a human robot doing the same thing every 90 seconds. Talk about soul destroying..

There had to be a way out.

In the year 2000 I discovered the internet and tried tons of things to make money, most were scams but I then discovered SELLING INFORMATION was the way forward so I created my first product and something strange happened.

I STARTED TO MAKE MONEY ONLINE.

This was back in 2002 and by 2004 I was sometimes earning a months wages in a single day. By June 2006 I finally plucked up the to courage to quit my job and go full time and since then I’ve never looked back. I now have a huge subscriber database and my business brings in 50-100k each and every month. I work when I want and do what I want and I don’t have a BOSS to answer to.

Why am I telling you this?

Well I strongly believe only a very small percentage of people have what it takes to make it online. Most are dream chasers who are too lazy to make it happen. I like to think I’m not normal (and I mean that in a positive way) and I don’t think like normal people think.

If you ask a normal person how they will acquire 10k from nothing by next week they will give you some crazy answers:-

Rob a bank.
Win at the races.
Gain an inheritance.
Take a loan out.
Max out the credit card.
Remortgage the house.
ETC.

What do I do, I launch a product or get behind a big launch as an affiliate.

I’m not saying this to brag, I’m saying this because I want you to understand most of the guys in suits could never get their head round how a guy who turns up at his office 3 days a week for a few hours dressed in scruffy jeans and a T-Shirt can do this.

That’s because these guys are normal with ‘regular’ jobs and don’t get what the information age can provide, and let me tell you most of them hate their jobs. Just go on Facebook on Monday morning and look at the amount of people who whine at the working week ahead, then go back on Friday and see how happy they are because they have 2 days of freedom.

THEY ARE HAPPY WITH 2 DAYS OF FREEDOM PER WEEK DOING A JOB THEY HATE.

If you hate your job or want to change whatever situation you are in right now there is a way out, but only if you want it bad enough,

So let me ask you. Do you want to keep thinking like normal people do? Or do you want to become one of the tens of thousands of people who make a ton of money selling information?

You already know the answer and it starts right here.

8 replies to "Are You Normal?"