Hi there, my name’s Andrew Blackburn. I have a “real” job and am working towards becoming a fully qualified project manager in the B2B telecoms space. 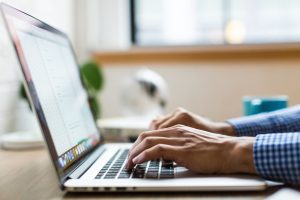 Since 2007, I’ve been trying to break free of the 9-5 grind and spent over £120k in the process. What have I got to show for it? A whole lot of bad experiences that could have led me to either believing that the world was against me and who knows where that would have ended up?

Now that’s the downside – what I want you to know, is that all of that has made me into the man I am today, who is grateful for all the tough times. Truly. If I hadn’t been swindled out of my inheritance, made redundant in December 2007 (timing eh!), unjustly sent to prison, being out of work for nearly a year and a half, put my life back together, remarried and had 3 more children, then I wouldn’t have the level of appreciation I have for the little things in life, let alone the big ones.

I wouldn’t have the depth of character, resolve and determination to succeed as I have now, because those are just some highlights. I tell you the truth, there are plenty more and I’m not going to bore you with them and neither do I want sympathy.

I don’t know about you, but for me, these are stressful times! I’ve been looking forward, wondering what’s around the corner and what happens if I’m made redundant after the Coronavirus lockdown is over because the economy has slumped into a 20% recession in 3 months and there isn’t any more access to furlough.

How will I keep the lights on?

I’ve been really interested in making money online for over a decade and it seems that so many people have been able to unlock the huge potential that the internet provides and have benefited massively as a result. It’s changed their lives, they’ve been able to quit their professional jobs and do something that they enjoy, for seemingly less effort and far greater rewards! Well, that hasn’t been my experience, I can tell you.

The closest I got to this was back in 2008 when I’d managed to wangle my way on to a Facebook page as an admin for a Mafia Wars fan/community page that had over 200k+ followers. It was unreal! Exciting, impossible to keep up with all that was happening and the buzz from doing it was electric. I’d sign on with my code, so that other admins knew I’d taken over and then start firing out questions, doing quizzes and competitions. It was like taking the best drug to make you high without any of the costs, after effects or acting weirdly.

Ever since then I was hooked and wanted to be able to make a living from the digital world. I’ve tried stock trading, spread betting, buying and selling Bitcoin, bought numerous products that over promised and under-delivered, done all kinds of things to make money on the side. Nothing truly worked and became sustainable.

Have you taken online courses and not learned much? I have.

Have you seen the balance in your bank account dwindle faster than you care to admit? I have.

Have you tried saving money and really struggled? I have.

Have you paid for untold stuff with cash via PayPal that you can see on your statement and you get that sinking feeling like what have I done? I have.

Have you tried earning extra money online or taken a second job to supplement your 9-5 job? I have.

At the end of last year, I decided enough is enough. I’d thrown so much money away trying this, that and the other and just beat type 2 diabetes in 3.5 weeks by going vegan immediately after watching Gamechangers on Netflix.

The first product I bought this year was the Tesla code. Boom, that worked. The second thing I did that resonated immensely with me, was The Possibility Principle. Boom, that worked. And what sealed the deal for me was finding Quazi Johir on YouTube, who was speaking the exact same language as me, having gone through a journey that resonated deeply with me and turned it around to his advantage. This year has been amazing, no doubt.

But I have to tell you the truth. The pressure I’m feeling right now, and the pressure I’m under is at an all-time high and it’s not just because of the coronavirus, or the lockdown, it’s that, plus the aftermath.

I can see an awesome future if I make the right decisions and take the right action. I’ve got a high-risk tolerance. That’s what’s causing the most pressure for me, but it’s like trading.

Sometimes you place a bet and the market just seems to know you’ve put a lot on the line and swings the other way and your heart starts beating, the cortisone gives you an instant headache because you can’t decide what to do, whether to just take the hit now, or to try and ride it out because it always comes back and you’ll regret it later when you examine the charts and see that if you’d only held out, then you’d be quids in and made more money in 24hrs than you do in a month, or even a year!

A friend of mine once said this; “the finest diamonds are formed under the greatest pressure”. Whether it’s true or not didn’t matter to me. It’s stuck with me as a reminder to stay on track. There’s a reason for it.

So the fourth and most important “digyphys” (a digital product that has “physical” trackable results! – my own word) product I’ve bought this year, to help me achieve my goals for 2020 and get me where I see myself is John Thornhill’s Partner to Success Ambassador Webinar.

This was the last piece I was looking for and it popped into my inbox just in time.

Every noob-friendly product I’ve bought has not been that easy to use and in my experience, you have to know far more than what I do and that’s been the kicker.

I don’t have the time. I’m a father of 5, trying to get from one end of the month to the other. For me, the struggle is real, it’s daily and it’s taken its toll. I’m fed up with being sold on seemingly empty promises and then getting bombarded with more emails than I care to read, to the point where I’ve abandoned email accounts because I simply got fed up with having to sift through my emails to find the ones that mattered, even after using features like auto delete, etc.

Do you know the saying about doing the same things and expecting different results is a definition of madness? Well, I decided to apply that bit of wisdom, taken it on board and things have changed this year.

I’ve started seeing the results of focusing on my own development and identity shifting so that I can leverage who I am and the talents I have but don’t use.

If like me, you think that we bring a special kind of magic into the world and that our actions create ripples of cause and effect that lead to new experiences, then everyone is constantly creating their future in their own way and with the power, they choose to outwardly express. So

I’m essentially engineering my success with my gifts, talents, and interests.

Other people see me as quite lucky, and even if I don’t come upon good luck in obvious ways, I have a knack for avoiding bad luck or situations in my life. I’ve got a strong imagination and creativity is at the core of my intelligence, and the key to my financial success. Being highly tuned into others and the universe, I often have a sense of what will happen. That’s why I chose John’s Webinar to be my “digyphys” and nothing else.

Having no marketing background whatsoever means that I’ve got to be creative and try to inspire others who might well be facing the same issues as me. I don’t like giving up and I’ll fight like hell to keep what I’ve got.

I can take a knockdown punch in the game of life (had so many of them) and bounce back. We’ve got to keep going right to the end because to win a war, you might lose a battle here and there. Heck, you might even lose a ton of battles consecutively, for years, even decades, I know because that’s exactly what’s happened to me.

Notwithstanding, there’s been some great wins, but for the most part, I’ve lost.

Now I’m building a consistent pattern of wins and even though the pressure is nothing shy of immense right now, with the world in lockdown, I know that everything I’ve been through has been to prepare me for the final battle, where I win the war and life begins to look like how I imagined.

Why? Simply because I believe it and the universe has come to my aid – by way of the Partnership to Success program.

Not only do I need this, I’ve needed it before now, but just as the Law of Attraction gurus say, things happen in perfect time.

John’s webinar popped into my email at exactly the right time. I saw the potential straight away. I needed something that was realistic, didn’t require too much time and effort beyond what I can commit to right now and took me sensibly through each step and hey presto, here I am.

Just a couple of days after signing up. Magnificent! Finally did it, wrote my own actual proper blog.. like wtf! The idea of writing a blog has been one of my biggest internet fears, just like doing a video and broadcasting to the world wide web. Why have I got these imaginary fears?

No idea to tell you the truth, but in my mind, they’re actually real!

LOL – so that said, I can’t tell you how excited I am to have come across someone who sees it from my perspective. All I have to do is exactly what it says. I’ll grow from here, but the relief I’m feeling right now is huge. I’m taking a significant financial risk when looking at what it would cost me if I were to fail, but I also know that I’m not going to fall flat on my face.

Who am I speaking to?

Hopefully, I’m able to reach out and resonate with those of you who are in the same boat as me. You know there’s an opportunity staring you in the face, but you don’t know what to do or how to go about it. You need help, as do I. I have literally sold next to nothing online or offline. But something’s got to change.

If you want to find out more of what I’ve started doing just this year and how it could help you, then click here.

There are real issues people face daily and hopefully, you can see some of the undercurrents in my blog. I’d rather see you happy than making a single penny. If there’s one thing I want you to take away from my first blog, it’s this – never stop trying, no matter what!

1 Response to "My First Proper Attempt At Writing A Blog"